How Can Managers Use Survey Data to Improve Their Teams 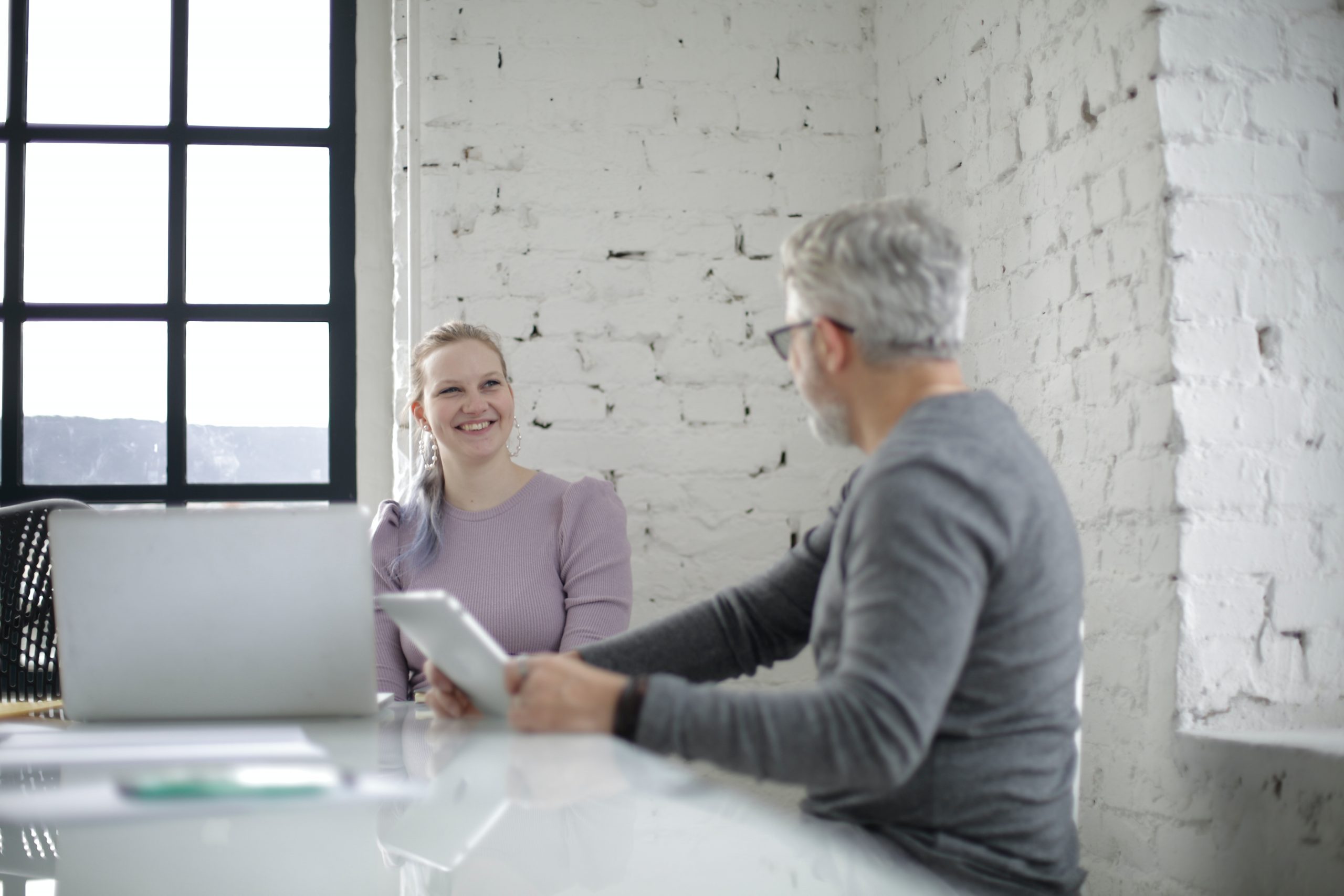 Surveys are a way for managers to check their team’s pulse and for leadership to survey the pulse of the entire organization. Feedback systems let you know where you stand with your employees, suppliers, customers, and any other stakeholders across the organization as a whole.

As such, survey data is crucial in understanding what’s happening and what to do in the future.

The main problem managers have isn’t with collecting data or processing it. It’s actually deciding whether to act on the data or not. 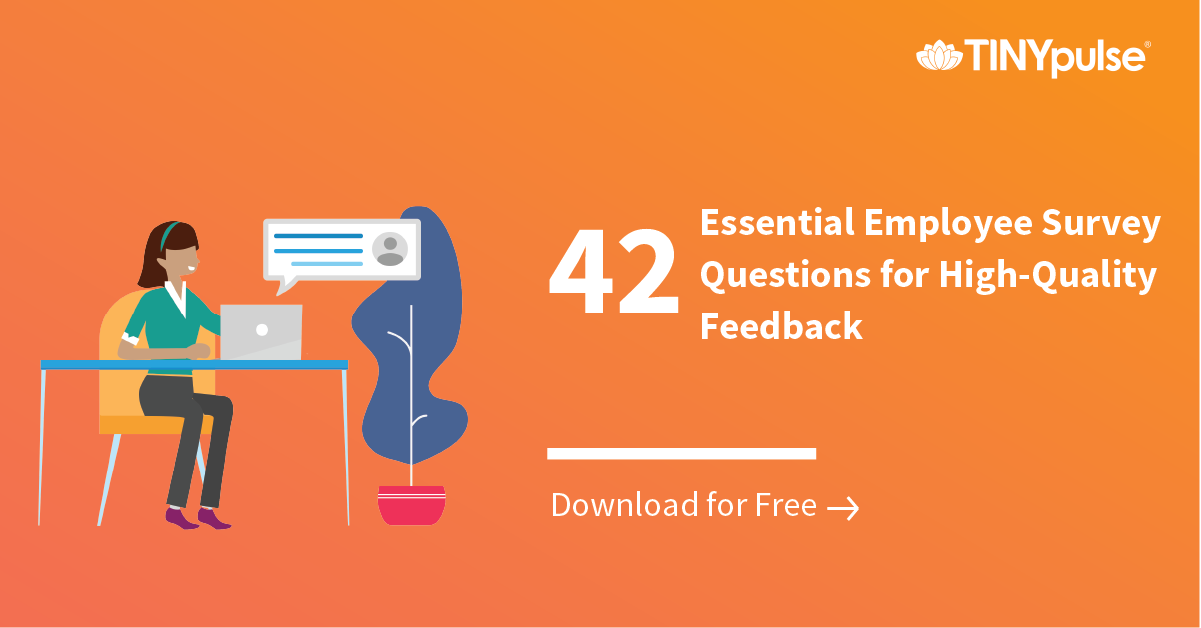 You can avoid this problem by creating, developing, and executing a realistic and well-defined action plan. That way, you can improve productivity, increase effectiveness, strengthen morale, and streamline teamwork.

Your plan should have four different points: building, sharing, executing, and reviewing.

But first, we need to establish the groundwork, which is all about the mindset and psychology behind surveys.

A survey is the beginning of a conversation, not the end of it

Managers need to have a certain mindset about employee surveys. This is necessary to gauge the team’s situation, determine how its members are feeling, and figure out how to fulfill the plan.

Survey data is the necessary feedback that tells you where the team is heading, how everyone in the team is feeling, and what needs to be worked on. If there’s a certain uneasy feeling in the team about anything, you need to solve it. If you find yourself in this situation, start a conversation about the problem with your team members and get to the bottom of it.

A couple of examples are as follows:

A survey can bring problems to the surface and help you address and solve them faster. Because of that, you need survey data as much as possible. It can show you team problems that are starting to brew even before they become a significant obstacle. This way, as the saying goes, you can kill the monster while it’s small. 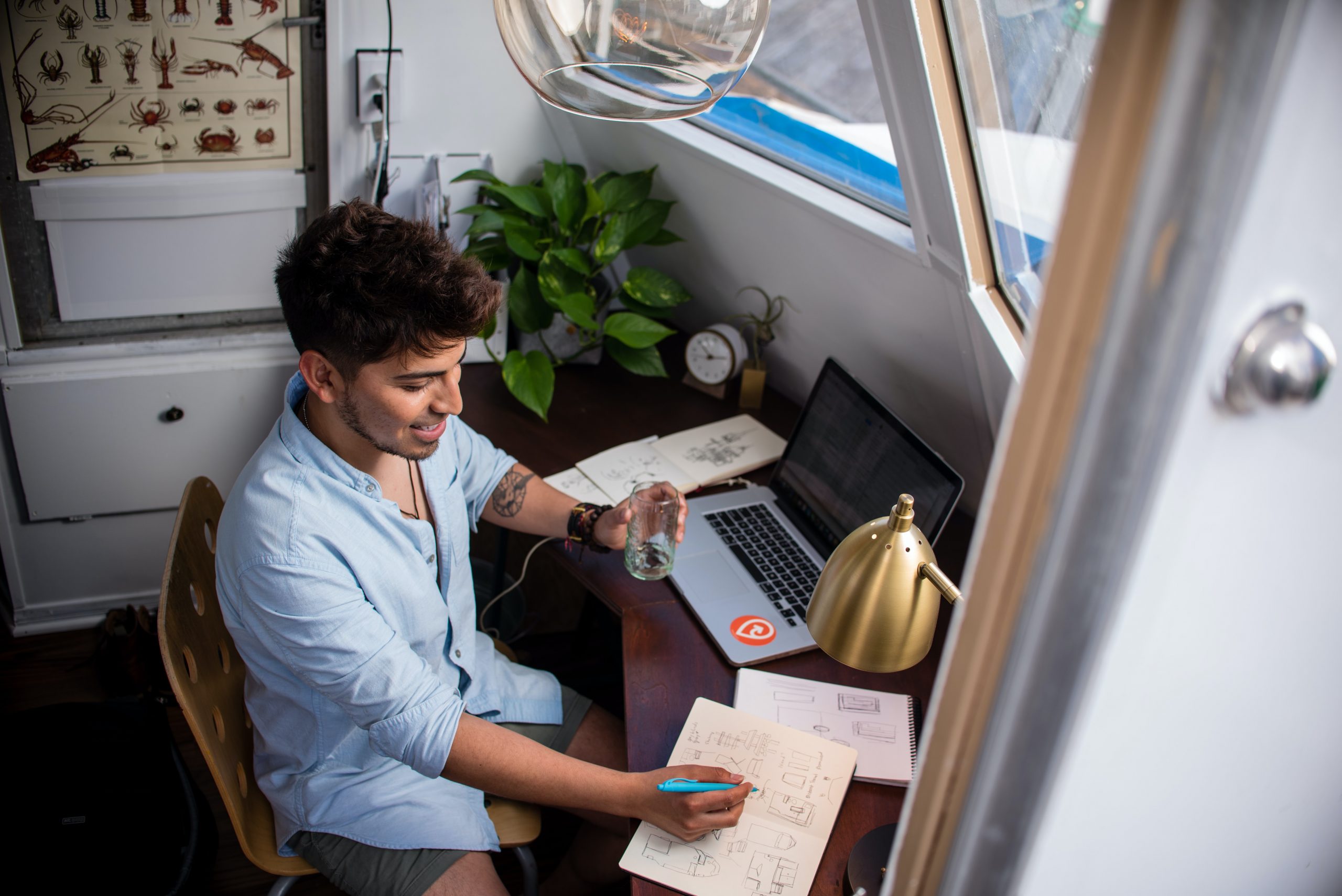 A survey itself is just data. Nut what you do with it makes all the difference in the world. Managers need to have a “let’s use this data to change for the better” approach toward surveys because they can provide crucial feedback when it comes to helping your team strive for the best.

In the end, the difference will be in those small things that you did throughout the year that added up to great things. What start as small differences can end up becoming significant differences.

What do you do with the data? Build an action plan

So what do you do with the data from the surveys? The easy answer is to build an action plan. But what does that actually mean?

Turning survey data and employee feedback into any real positive change isn’t an easy task. The good news is that managers already have the necessary skills and authority needed to make it happen. 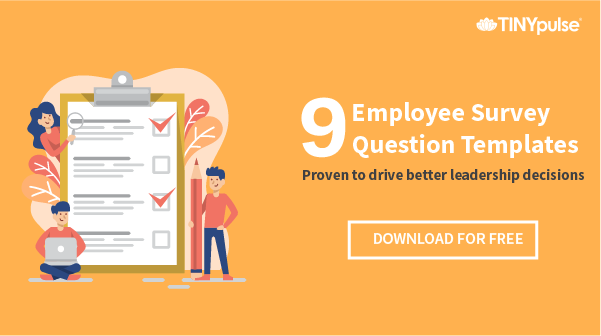 Once you’ve collected data, start by reviewing and analyzing it. What you’re searching for is any common thread that you can find. The commonality in the survey data will show you a real problem that needs to be dealt with. If you find a problem mentioned in just one survey, it usually doesn’t indicate the biggest problems affecting the team. But if a problem keeps repeating itself in multiple surveys, you should take notice.

After that, you need to summarize the problems into multiple themes. This groups up the problems under a single theme so that you can solve it easier. Workplace stress, lack of training, and poor organizational structure can be grouped under the theme of impacting productivity.

Different themes might be team relationships, communication, or a lack of employee recognition.

Afterward, you can brainstorm ideas to figure out what would go into the plan. Write the ideas down on paper and choose the best three or four ideas. But make sure that you pick ideas that can be realistically implemented.

What does realistically implemented mean? You need to be aware of your team’s capabilities, time constraints, the budget at hand, and the complexity of the solution being implemented, among other things. 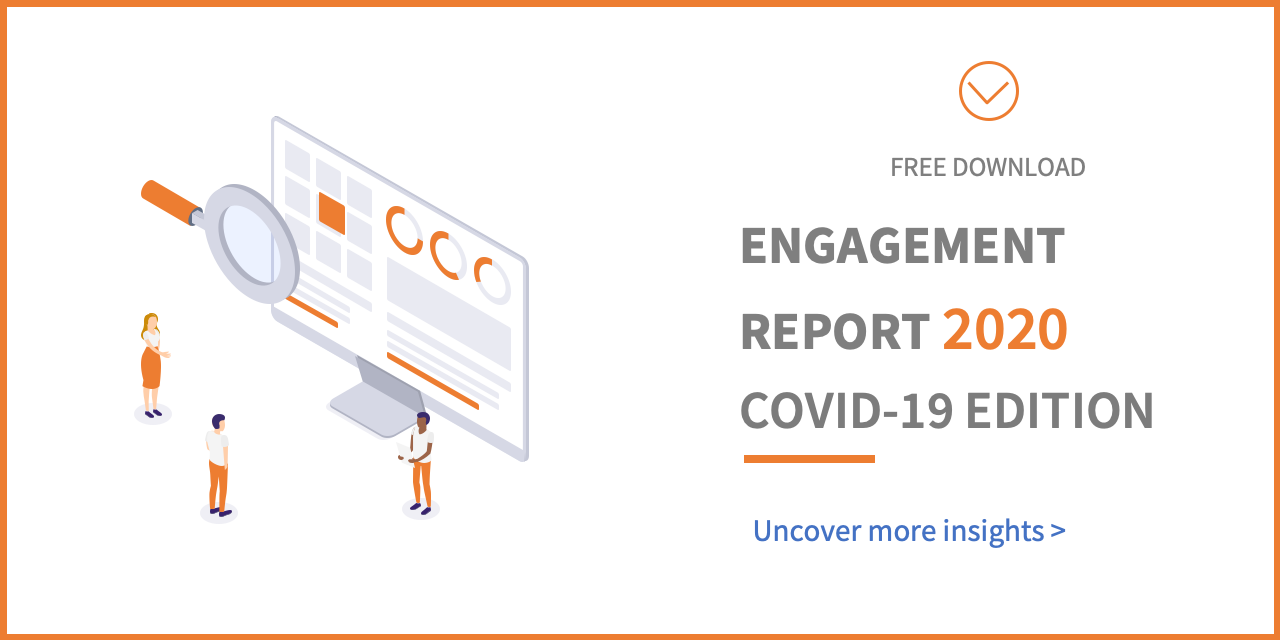 Now, you should create smaller steps out of those ideas that you narrowed down. If the idea was to improve the team’s productivity, then the smaller tasks would look something like this:

Once you have created the smaller action steps, you should now create an official action plan.

The plan should include the following:

After you’ve created this, it’s time to share your plan with the team and build ownership around it. 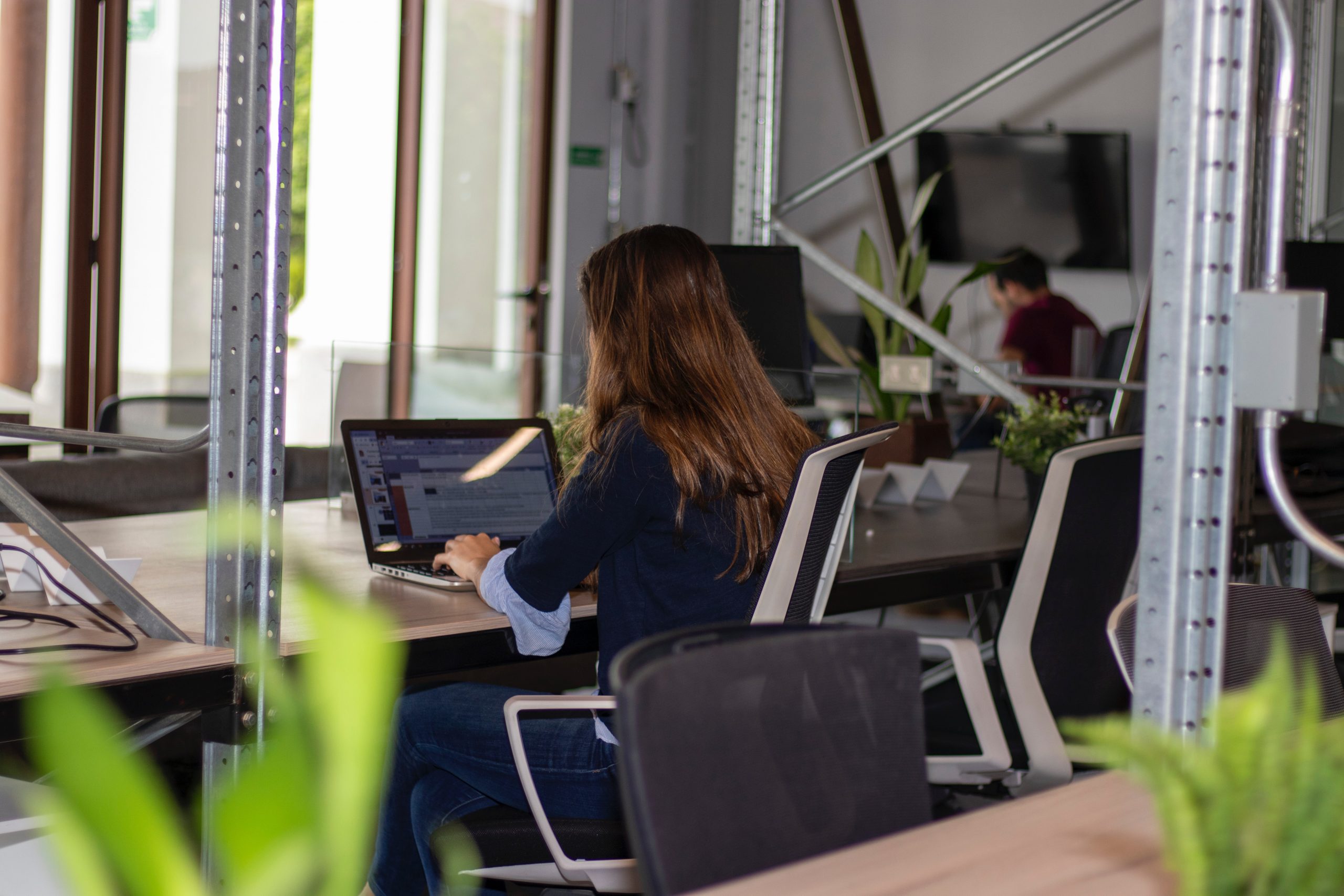 Build ownership by sharing the action plan with your team

You need to share the plan in two directions: to your team and to your supervisors.

Supervisors can help managers improve on the plan, and they can also bring a valuable second opinion to the table. Maybe they have a unique perspective that can help you improve the plan. Or they might have some tips and tricks to help you gain more ownership from the team members.

At the same time, you need to share the plan with your team because they will be the ones implementing it.

Sharing the action plan with the team can be quite difficult, and your approach will make all the difference. When it comes to change, your team will almost certainly have problems with it. To help them become more understanding, you need to do the three following things.

1. Explain why change is necessary

Every change is hard. But if you explain the context behind the change, your team will justify it in their own heads. We don’t change for the sake of change. We change because we have a strong reason for it.

Here, motives and causes make all the difference. Team members won’t change just because “someone up there said so.” That doesn’t galvanize the team.

For the best results, explain the reasons behind the change and show your team the end game results of change. That will motivate them.

2. Explain what’s in it for them

Once you’ve covered the reasons why change is good for the entire organization, business, and team as a whole, you need to explain what each individual team member will get from that change.

Whatever it is, you need to explain to every team member what they will get from the change.

The last thing you need to do is to educate your team members on how it will happen. Because a yes without a how is irrelevant. No matter how motivated your team members are, they will fail if the plan isn’t in place.

Make sure that you give them all the right tools and know-how through the action plan to turn your intentions into reality. 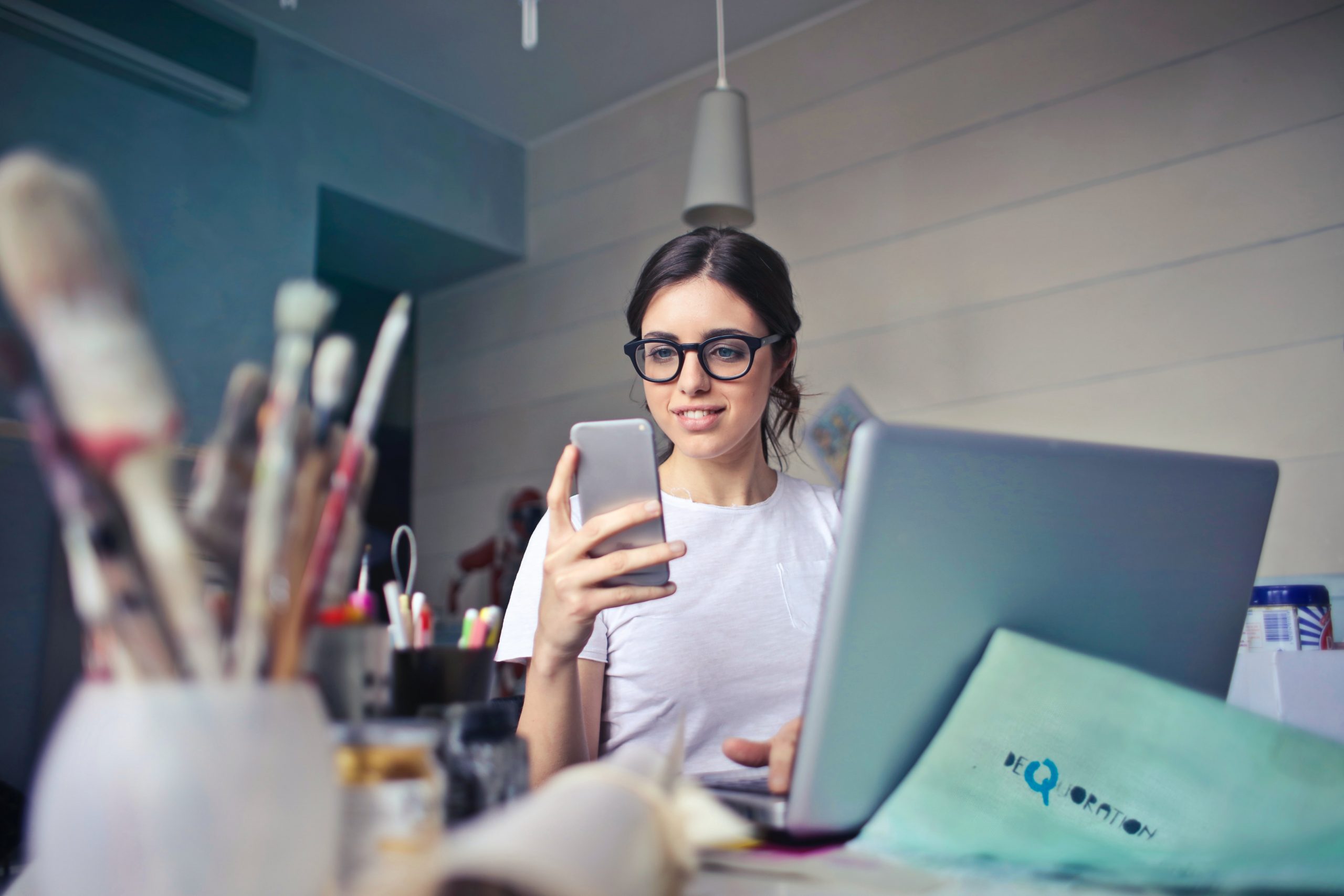 Once you’ve shared the plan with your team, it’s time to execute.

Word to the wise: Things won’t go as smoothly as planned, and you need to prepare for that.

You need to train your employees so that they can implement the new action plan. Changing the operations standards at first will prove challenging. But that’s why you need to be there to steer them in the right direction.

Accountability from both you and your team members is crucial here. You need to be accountable to the plan and make sure that you track progress, communicate the good and the bad, and follow through on your promises.

At the same time, your team needs to be accountable to the plan to implement it accordingly, communicate when things are unclear, and ask for help when they don’t understand something. 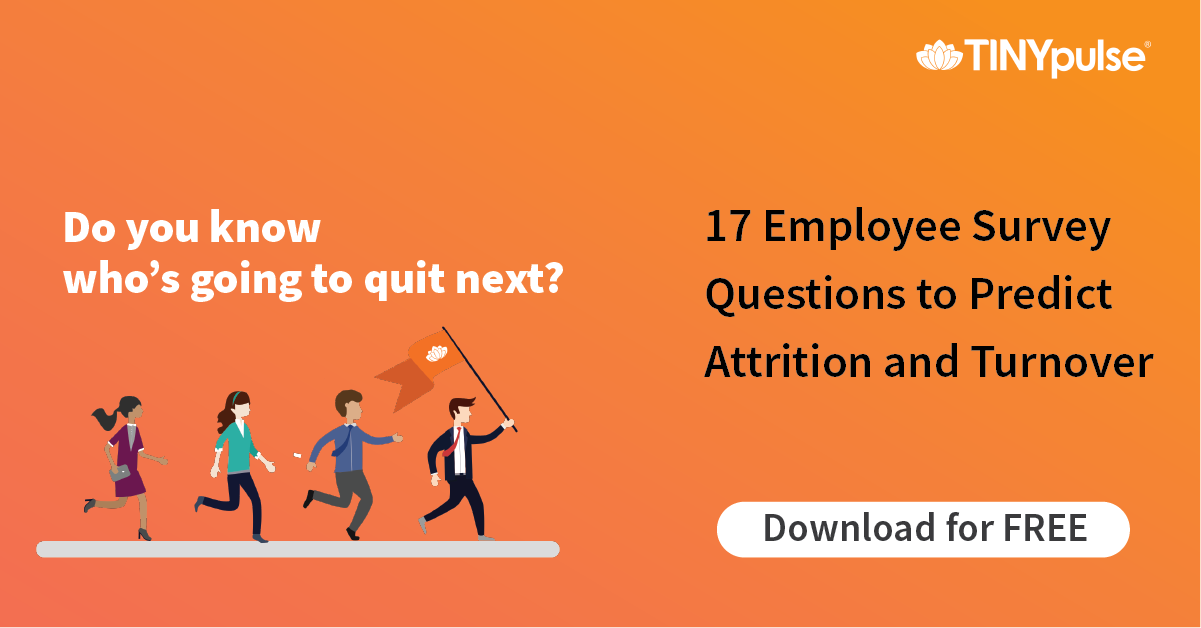 Use engagement surveys to review, revise, and iterate the action plan accordingly

No plan goes smoothly at first. That doesn’t mean that the plan failed. It just means that it might need some small iterations.

Make sure that you review the plan and measure the results implemented. That will show you where the “hiccups” are along the way and what needs to be changed.

Your employees will also stay on track with the new plan if they see real changes in the team and the company because of it. As you begin the process of transformation, keep in mind that the reward and recognition system to celebrate small and big wins will help a lot when it comes to implementing the plan.

So review, revise, and iterate the action plan according to the situation and make sure to build momentum. After that, the “score” takes care of itself, and you will successfully implement a new action plan and get your team members to act on the survey data.

Here’s to using surveys to build a stronger company and a happier team!