Pros and cons of collaboration in the workplace 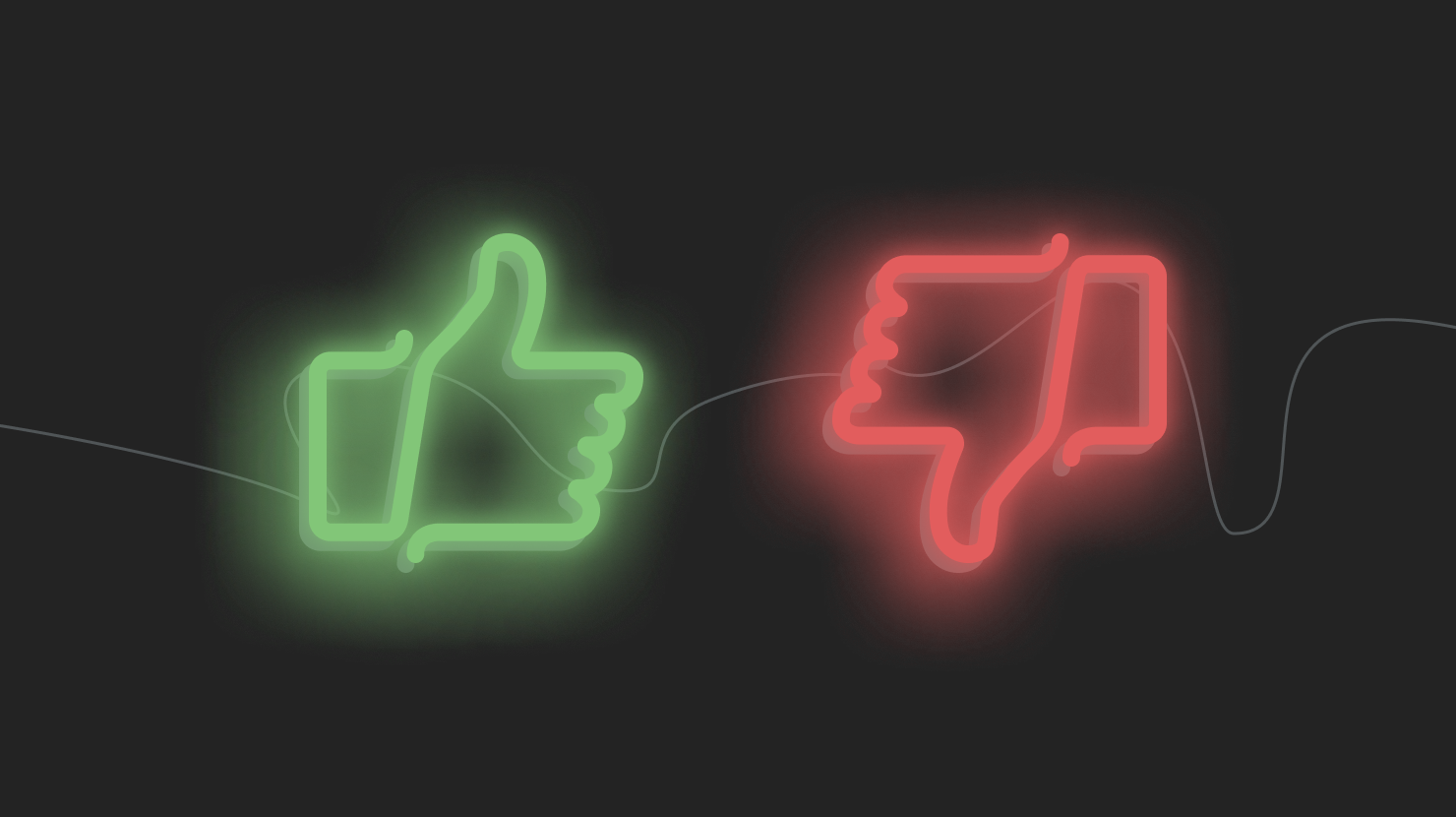 I think we can all agree that the word “collaboration” has mostly positive connotations. Collaboration, common in every bustling workplace, means working together towards a shared goal—and that’s undoubtedly a good thing. After all, it’s the foundation for teamwork and we’re all in favor of that.

Still, the question remains: what does collaboration (the successful kind) actually look like in practice? Are there obstacles, challenges, or downsides to it? You bet.

But that doesn’t mean that collaborative decision-making isn’t worth all the effort. On the contrary, any headaches caused by the collaborative process are just that: part of the process.

Although framed as a pros and cons article, this article is rooted firmly in the pro-collaboration camp. That said, I thought it’d be valuable to outline some of the pain points people often encounter when they’re learning to work collaboratively with colleagues. After all, collaboration is a skill, and it’ll take time and effort to get good at it.

Let’s start with the cons.

1) Reaching consensus can be time-consuming

If you’ve ever had to win over a room with your ideas, you know that finding consensus, especially on a creative project, is easier said than done. Not surprisingly, everyone’s a critic. And convincing people (and yourself) to move in a particular direction can take time and a whole lot of patience.

But fret not. This is one of those cons that’s not really a con per se, just another crucial part of the collaboration process. Let me explain.

Pitching an idea can be tough, especially if your organization practices co-creation, an iterative form of collaboration that includes input from multiple internal and external stakeholders. This means that you might have to pitch multiple times to your collaborators, some of whom might be from a completely different department.

But even though that can be overwhelming, it’s not necessarily a negative aspect. Collaborating with people from other departments is a good way to grow in your role, not to mention build character. It’s also a chance for those in less senior roles to step up and create a voice for themselves within the organization. Yes, building consensus takes time, but the finished project will be better as a result.

2) It’s hard to compromise your vision

Trust me: I know your idea is the best idea that anyone’s ever had, and you’re unwilling to alter it in any way. It’s your way or the highway, right? Been there, done that.

When you collaborate with others, you’re naturally going to run into differing opinions. At first this can seem like a threat. You’ve put in the work, executed your vision, and here’s this product developer telling you it can’t be done or it won’t work. When this happens, your first instinct might be to fight back, defend your vision, or throw up your hands and walk away.

But more often than not, your collaborators are going to point out something you’ve missed, or offer a perspective that you hadn’t considered. Rather than get possessive of your brilliant idea, remember that you’re all in this together. It’s a group effort. Plus, this is your chance to incorporate feedback and further hone what you’ve worked so hard on.

3) Too many viewpoints can water down the message

Say you’ve taken a strong stance on something. Maybe it’s a bold new tone on your homepage, or a brave new vision for a product feature. You’re excited about it and so is your immediate team.

But then your idea goes through the ringer. Over the course of multiple rounds of feedback it’s been transformed into something… different. It’s become bland, watered down, not as striking or as innovative as when it was first conceived. Most importantly, it bears no resemblance to the original idea.

This is the water-down effect, and it’s a very real threat when you’re working collaboratively. Of the three cons I’ve outlined, this is perhaps the most frustrating to deal with. It’s one of those challenges that makes you second-guess the collaborative process altogether.

But if this happens to you, don’t worry. Not all is lost, I promise. If you’ve done the work carefully, the original vision is still there somewhere, probably in the form of an early draft. Don’t feel like you can’t return to it or remind your collaborators of the original vision for the project. Bring it up tactfully and strategically and you’ll be able to emphasize the boldness and reignite the excitement for the original vision.

1) Exposure to multiple points of view

I’m not going to lie: most of the pros are going to be mirror images of the cons. This one’s a prime example. Although it can be a struggle at first, the more eyes that’re on your project, the more points of view it’ll be exposed to. This is a good problem to have.

Collaboration is all about optimization: of an idea, a strategy, and a means for achieving a shared goal. When there are multiple stakeholders in play, no matter how removed they might be from the project itself, the project is going to benefit from their perspectives, opinions, and critiques. One of the best things you can do put your work in front of a fresh pair of eyes.

The trick is to remember that not all opinions are equal. Sure, you’re likely to hear some feedback that you hadn’t considered. But your goal isn’t to implement all feedback; rather, it’s to gather opinions and weigh them against each other, then plot out the best course of action based on what you’ve heard.

2) The opportunity to form relationships with other departments

Collaborating means recognizing common threads—shared objectives, pain points, challenges—that tie together departments. And when you collaborate with other departments on a project, you’re doing more than accomplishing the immediate goals of that project. You’re also forming bonds and working relationships with each other. You’re making your organization a much more cohesive force.

When an organization creates a culture of collaboration, it’s inviting its employees to understand their organization in a new way. Rather than a collection of distinct departments, each operating in its own area, the organization becomes what it’s always been: a group effort to achieve common goals. When this greater awareness takes hold, people feel more close-knit and organizations thrive.

3) The pressure is lifted

When you’re working with multiple people, it’s not entirely on you alone to deliver a certain outcome. The labor is divided between you and your collaborators. And when that happens, there’s a system of support in place that makes a large project seem much more feasible.

There are many benefits to this. Sometimes relieving the pressure can give you space to come up with ideas you wouldn’t otherwise have time to explore. Creative energies are unleashed and each collaborator now has a sounding board to bounce ideas off.

When the workload is dispersed across a team, people are naturally more willing (and able) to offer opinions, ideate, iterate, and offer constructive feedback. This isn’t always the case when one person is solely in charge of a project.

We’re a little biased here at Jostle. We practice co-creation and have a workflow in place that encourages multiple points of view, no matter what we’re working on. And yes, sometimes it can be difficult to balance feedback and arrive at a consensus. But we work this way for a reason. Collaboration isn’t just a feel-good buzzword. It’s teamwork in action.