The challenges of remote hiring 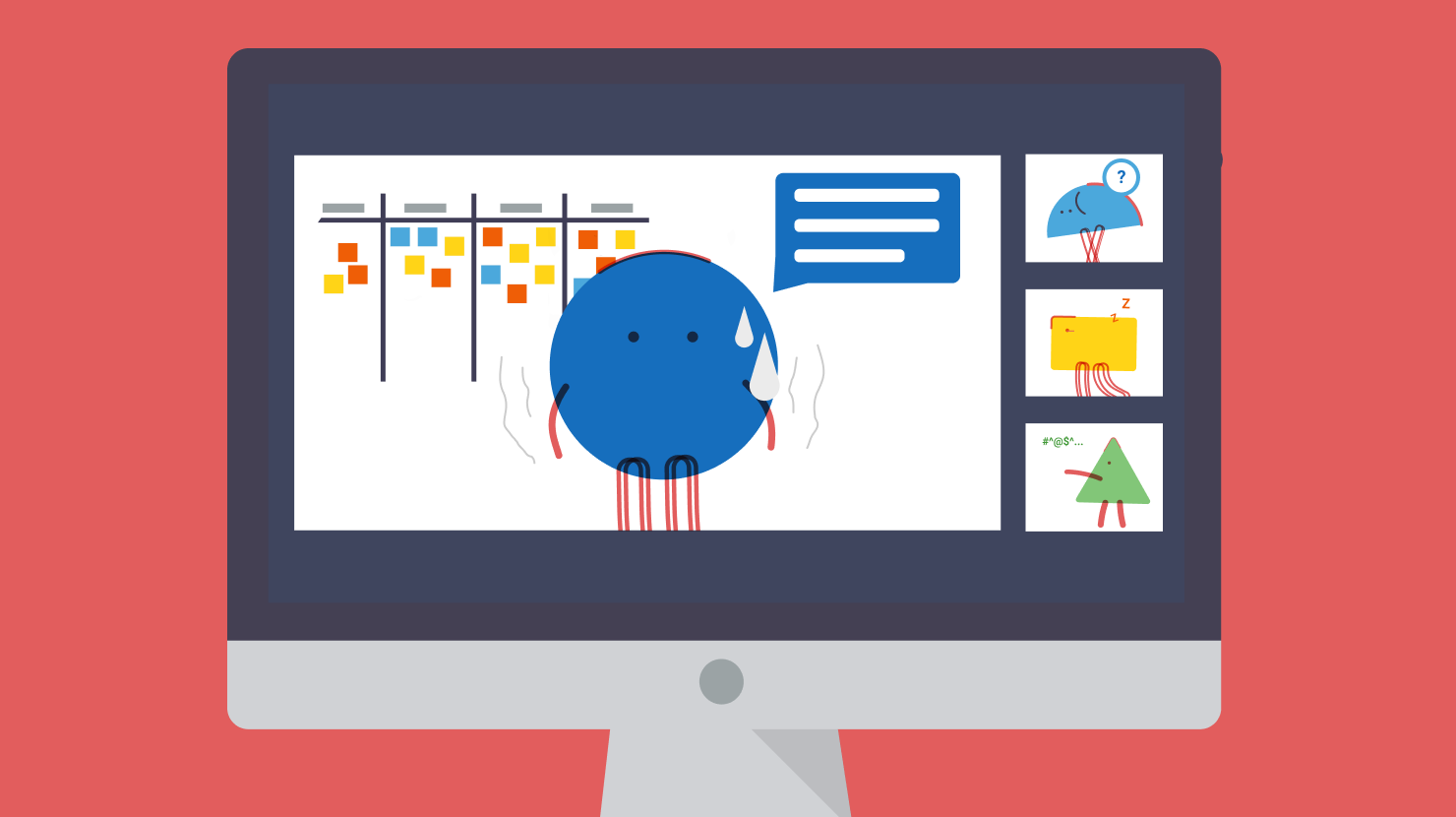 We’re all still living that remote work life, but it almost feels normal now, doesn’t it? COVID happened and, after a brief period of uncertainty and adjustment, organizations persevered. And with that comes the return of hiring.

Hiring remotely brings with it a whole host of new challenges. There’s the 500 additional applications you’ll receive from people all over the world (including people put out of work because of this pandemic). And then there’s the video interview process with its spotty connections, misheard sentences, and enhanced levels of awkwardness by all parties.

And even after you’ve offered the job to someone, there’s still a period of weirdness with remote onboarding. How do you train someone on office policies and procedures when there isn’t an office any more?

And if you’re on the other end of the equation, the person remotely hired, it’s no less weird. There’s a period of not quite knowing who your teammates are, whether you can message them at any time if you need help, and that feeling all remote workers have of isolation.

So, let’s talk about some of the ways of navigating these pitfalls!

Overcoming the challenges of remote hiring

1) A million and one resumes

Now that remote work is here to stay, everyone and their uncle wants to work from home. So every job posting that goes live practically invites a slew of applications from people all over the world, with varying levels of qualification. It makes sifting through cover letters and resumes a much longer process.

Normally, I’d welcome this with open arms as I’m an unabashed remote work enthusiast. But when you’re on the other side of the torrent of resumes, and you need to fill a role with the right candidate as quickly as possible, it kinda sucks. I really don’t believe in automated resume readers since a) they’re a pain to fill out for candidates and b) they often result in a single type of candidate who used the right keywords.

You can add a clause in the job posting of course, something like “applicants must live in ____ city” or “applications from outside the country will not be considered.” But I think doing that really limits your hiring pool and potentially rubs strong candidates the wrong way. There’s also recruiting agencies that can help out with the increased number of applications, but those cost money.

Maybe the obvious answer here is to enlist people on your team who might not normally be involved in the hiring process and put together a resume reading committee. This can help speed up the process but, more importantly, it brings more voices and opinions to the hiring process, which I’d say is always a good thing.

2) Remote interviews, Or: “I didn’t quite catch that”

Remote interviewing is challenging for a lot of reasons. It’s not just the spotty connections or that pesky mute button that forever plagues video calls; it’s also just… weird. Look, my team has been remote for over three months now and we still struggle when we’re on camera, forced to interact with a Brady Bunch style grid of our coworkers and having to avoid looking at our own image as we attempt to conduct important team meetings.

(Awkward pauses are especially fun, lasting about 1,000 years on average.)

Adding that stiltedness to the interview process, which is already nerve-wracking enough for the candidate and the hiring manager alike, is just piling weirdness on awkwardness on nervousness, which sounds like the recipe for a panic attack if you ask me. Now imagine conducting 20 or more such interviews.

It’s a challenge to be sure, but it all comes down to preparedness and finding ways to come across naturally. One thing I’ve noticed that helps me in video interviews is to switch to a different tab or hide my video from my view (mine, not the other meeting attendees’). It’s a good way to speak naturally without getting too distracted or self-conscious.

As for preparedness, this doesn’t differ that drastically from a standard interview setting. Just be sure that your questions are as succinct and clear as they can be so that any technological difficulties don’t sidetrack the interview too much. Plus, once you get through the first ten video interviews, you eventually get the hang of it.

Starting a new job is already tough enough, but especially so if new hires haven’t yet had a chance to meet anyone on their team in person. The resulting ambiguity and confusion of remote work combined with the newness of the situation can make onboarding overwhelming for anyone.

For starters, there’s all the logistical stuff that can easily be solved if you were in the office. Getting access to all the tools and accounts you need to do your job seems like it should be pretty straightforward, but if for whatever reason something goes awry, it can be a bit of a nightmare for remote new hires to track down the right people who can grant them access.

Plus, there’s all the ins and outs of office life that’re suddenly non-existent. I’m talking about the informal ways that we build personal connections with our teammates like coffee breaks, lunchroom conversations, and late-afternoon escape sessions for a quick walk around the block. It’s hard to get a sense of the company culture when all of that’s missing.

Now, new hires have to take a much more active role in initiating casual conversations with their teammates, which can be tough when people are working at home and also balancing busy schedules.

That’s why managers and yes, teammates, need to go out of their way to help new hires get acquainted with the team and play a role in the culture, too. Practically, this means organizing casual team meetings (games nights, drinks nights, trivia, etc.) conducted over video or, if possible, while maintaining adequate social distance. These informal team-building events go a long way towards helping new folks feel like they’re part of a team of real people, rather than a collection of faces on a video call.

Ultimately, there’s an adjustment period for the challenges of remote work, especially when it comes to hiring. Using your best judgment, taking action to fix gaps in communication, and team-building can go a long way towards making onboarding and hiring as easy as it ever was… which is to say, not that easy at all! Don’t worry, I’ve got faith in you.

We’re all getting the hang of this remote work thing, right? Riiiight? If not, check out some of our other articles on the topic. We can’t get enough of this stuff!